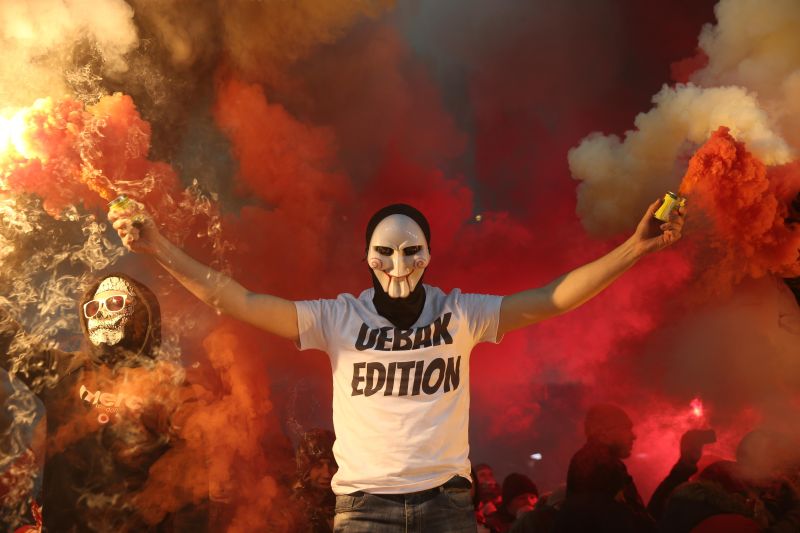 It came after British MPs said their political counterparts in Russia had praised their hooligans who attacked England fans at Euro 2016.

Yob generals said the recent collapse of relations between Vladimir Putin’s regime and the UK had made England followers the target of choice for Russia’s feared Ultra gangs.

And they warned insulting chants, drunkenness and even rowdy support for the Three Lions team could spark merciless violence.

Gay fans were also warned to keep a low profile and not to show affection in public.

The chilling threats came as MPs told British police in charge of travelling fan security they were being “terribly naive” about the risks to English supporters.

A Moscow-based hooligan ringleader known as Mordvin – who is on the list of thugs banned from the World Cup by Putin’s authorities said: “Any provocation from the English will be met with with force.

“If they dare to disrespect us they will be punished and we are warning them to behave.

“The authorities say they can control us but – make no mistake – if we are provoked in any way and there are no cops around we will hit them hard.

“The English must understand that they are guests in our country and if they behave in an aggressive way they will get an aggressive response.

“Ultras will react but English people are not popular here these days and ordinary Russians may join in if their fans insult us.”

Sun inquiries in Moscow yesterday established that known troublemakers on a list of Russians banned from matches had slipped through Russia 2018’s security dragnet.

Anton Bersenev – a 29-year-old Lokomotiv Moscow yob on the banned list – revealed he had still managed to obtain tickets for five games from a FIFA website.

And he fired off his own warning to England fans to keep a low profile.

Bersenev said: “If England fans treat locals in a hostile manner they can expect hostility in return.

“Most of Russians will tolerate English chanting because we are hospitable people – but we will not accept insults and trouble on the streets.

“Your fans should be aware of this for their own safety.”

Labour’s Ian Austin said that Russian MPs had congratulated the hooligans who attacked England fans at Marseille at Euro 2016, leaving two in a coma and dozens injured.

Tory Bob Seely said he was concerned that “there is an undercurrent of significant violence, and we have seen some of that violence supported by the Russian state.”

He told police chiefs: “None of you is addressing the fact that there is an undercurrent of political support for extreme football violence.

“I don’t think it is going to happen but if things do turn nasty we will not have the power to protect those fans if there is organised violence against them.”

Far-right fan leader Alexander Shprygin – a pal of Putin – was caught up in claims that Russian authorities had secretly egged on their yobs in Marseille.

He was branded a rabble rouser after he waved a Russian flag and was pictured giving a Nazi salute next a topless girl when he was among 20 Russians expelled from France.

Businessman Shprygin, 40, issued his own warning to England fans yesterday.

He told The Sun: “The English can do whatever they like as long as they don’t break Russian law and if they do anything inappropriate they should expect trouble.

“If they insult locals they are likely to get a harsh reaction.

“Moscow and the other host cities will have a lot of security but if anyone strays outside these secure places and gets drunk and causes trouble it could get very serious.

“Russia is proud of its traditions and our guests should respect their hosts as we will respect them.

“But we should not forget this is a major sporting event and our people are looking forward to it.”

Shprygin added that gay fans travelling to Russia for the soccer showpiece should also exercise caution.

He said: “If two men check into a hotel room together and are discrete they will get no more than a wry smile.