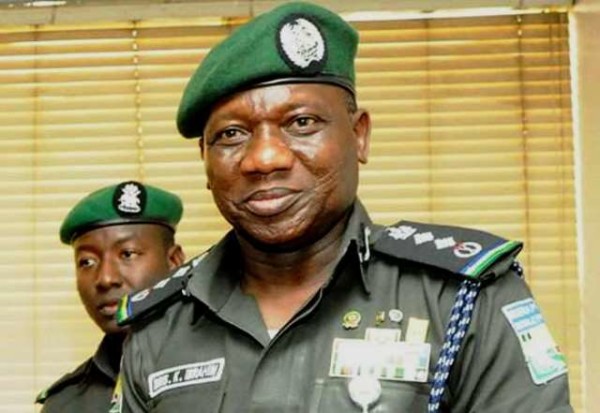 The Nigeria Police Force has released a statement saying they owe no apology to the Nigerian Senate after the Inspector General of Police Ibrahim Idris again failed to appear before them, The Cable reports.

The police had summoned IGP to answer questions concerning the arrest of the Kogi West Senatorial District representative Dino Melaye.

He has so far been invited to appear before them 3 times, all of which he sent the Deputy Inspector-General of Police (Operations), Joshak Habila to represent him.

In the statement, the police said the Police Act Sections 7(1), 312(1), 313(2) allows for the IGP to send a senior police officer of the rank of Deputy Inspector-General or an Assistant Inspector-General to act on his behalf or represent him.

The police owes no one an apology, the statement read, and urged the general public to disregard the senate’s statement. Read the statement below:

The attention of the Nigeria Police Force has been drawn to the media reportage of the Senate’s resolution on Senate Order Paper of today, Wednesday, 9th May, 2018 after a closed door session that the “Senate declares the Inspector General of Police, IGP Ibrahim k. Idris, NPM, mni, as enemy of democracy and unfit to hold any public office within and outside the country”.

It is urgently imperative that the Nigeria Police Force respond to this resolution of the Senate which is a deliberate blackmail, witch-hunting, unfortunate and mischievous.

On the 8th of May, 2018, the Inspector General of Police sent a letter to the President of the Senate, Federal Republic of Nigeria signed by the Commissioner of Police, Legal and Prosecution Department, explaining why he would not be appearing before the Senate on the 9th of May, 2018 due to legal restraint as a result of pending cases before the courts filed: (i) by Senator Dino Melaye against the IGP and the Nigeria Police Force in the High Court of the Federal Capital Territory, Abuja in suit No. CV/1610/18 slated for hearing on the 11th day of May, 2018.

(ii) by the Inspector General of Police against the Senate in the Federal High Court, Abuja in suit No. FHC/ABJ/CS/457/2018 adjourned to 31st May, 2018 for hearing.

It is on record that consequent on the confession of criminal offences indicting Senator Dino Melaye by the principal suspect KABIRU SAIDU a.k.a OSAMA “31 YRS”, The Nigeria Police Force, sent a letter of investigation activities/invitation dated 2ndMarch, 2018 addressed to the Senate President, Federal Republic of Nigeria informing and requesting him to release Senator Dino Melaye to report to Commissioner of Police, Kogi State Command on the 7th of March, 2018 to answer to criminal offences of Conspiracy and Unlawful Possession of Prohibited Firearms levelled against him, this is to enable the Police Investigation Team carryout a discreet and thorough investigation into the case. But Senator Dino Melaye refused to honour the Police invitation.

Consequently, the action of the Senate in its resolution against the IGP today is a deliberate blackmail, witch-hunting with mischievous motives to hand-twist the IGP to pervert the end of justice in a felonious and serious offenses of Criminal Conspiracy and Unlawful Possession of Prohibited Firearms for which Senator Dino Melaye who was indicted by two (2) Principal Suspects (Kabiru Seidu A.K.A OSAMA, Nuhu Salisu A.K.A SMALL) arrested for several cases of kidnappings and armed robberies in Kogi State are already standing trial in a court of competent jurisdiction.

It is important to correct the impression created in the minds of the people from the Senate’s resolution that the IGP is not and will not be an enemy to democracy. It is also of significant note to state that IGP Ibrahim K. Idris, NPM, mni, has served meritoriously for above Ten (10) years in the United Nations Peace Keeping Operations in several countries unblemished. The Nigeria Police Force is the first defender of Democracy and all democratic institutions in Nigeria and will continue to do so.

It is factual and verifiable that Senator Dino Melaye was discharged and certified fit to stand trial by the National Hospital, Abuja before he was arraigned in Chief Magistrate Courts in Wuse, Abuja and Lokoja.

The Inspector General of Police and the Nigeria Police Force will not be deterred by blackmail from any individual or group no matter how highly placed from the enforcement of Law and Order and ensuring that the Rule of Law prevails.

No matter whose Ox is gored.

The Nigeria Police Force, therefore, owes no apology to any individual or groups in its effort to ensure preservation of law and order, supremacy of the law of the land, and make sure that all Nigerians are subject to the same law, no matter what their position is in the society.

The General Public is hereby implored to disregard and discountenance the resolution of the Senate on the IGP as a deliberate blackmail, witch-hunting and mischievously aimed at casting aspersions on the hard earned integrity of the Inspector General of Police and the Nigeria Police Force.

The Nigeria Police Force as a law abiding organization will continue to hold the Senate of Federal Republic of Nigeria in high esteem but wishes to impress on the Senate not to harbour criminal elements among its fold or condone criminality. The Force will not be intimidated by any individual, groups or institution, constituent or otherwise to abdicate from its constitutional responsibilities of protection of lives and property and due enforcement of the rule of law, and law and order across the Country.