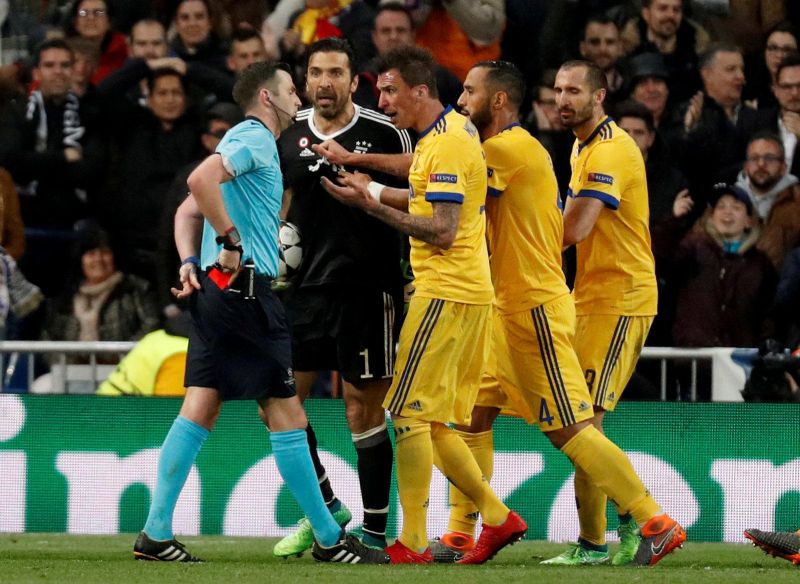 Buffon bizarrely claimed Oliver had a ‘bag of rubbish for a heart’ after awarding Real Madrid a last-gasp penalty.

The Juve No1 was sent-off for dissent during his explosive on-field row as the Serie A side were knocked out of Europe.

Cristiano Ronaldo scored from the spot with his 97th-minute strike to break the hearts of Juventus players and fans.

But despite his on-field outburst – and post-match rant – Buffon recently revealed he would do it all again.

The Italy legend claimed: “The content remains and I stand by all of it. I’d say them all again – maybe with a different type of language.

“Even if I was excessive, I said what I thought, that he should not have given that penalty.

“A referee with more experience would not have blown his whistle and decided not to become the protagonist of the match.

“You find a way to speak, right or wrong, that at times can seem excessive – but this is me, I am Gigi Buffon.”