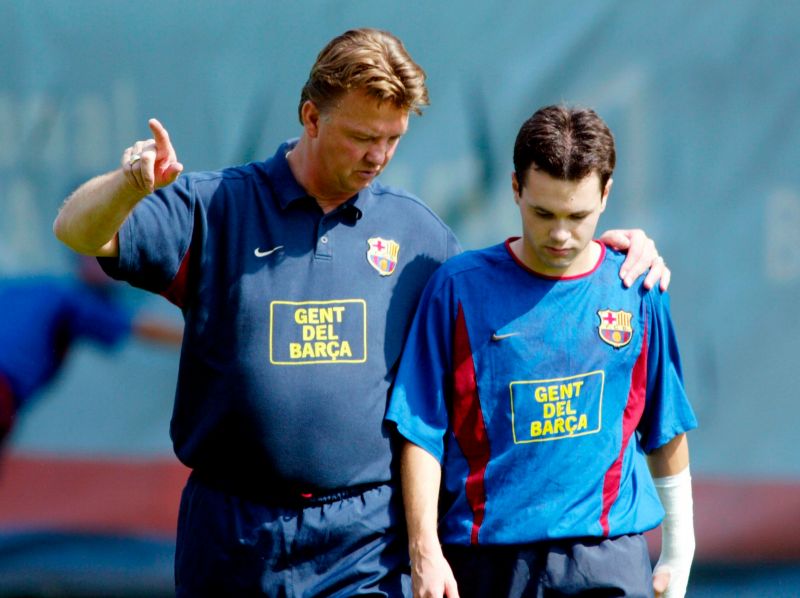 ANDRES INIESTA has revealed his most important manager during his time at Barcelona — and the answer will surprise many.

The midfield legend is leaving the club in the summer, more than two decades after graduating from the famous La Masia academy.

Ahead of his departure, Iniesta, 34, was asked by Mundo Deportivo to describe various former team-mates and coaches in a sentence.

And “my most important manager” were words he used about former Manchester United boss Louis van Gaal.

The answer is surprising given he established himself as one of the world’s greatest midfielders, and enjoyed the most success, while working under Pep Guardiola.

However, it was Van Gaal who gave him his professional debut back in 2002, and that is clearly something he remembers fondly.

Asked for his thoughts on Guardiola, Iniesta replied: “A master for me.”

He insisted Frank Rijkaard, under whom he won his first Champions League title, was “the ideal coach for that period of my life.” While he described Tito Vilanova as an “exceptional manager and person.”

He was also asked about his Spain bosses, insisting Luis Aragones was a “professor” and Vicente Del Bosque is “exemplary.”