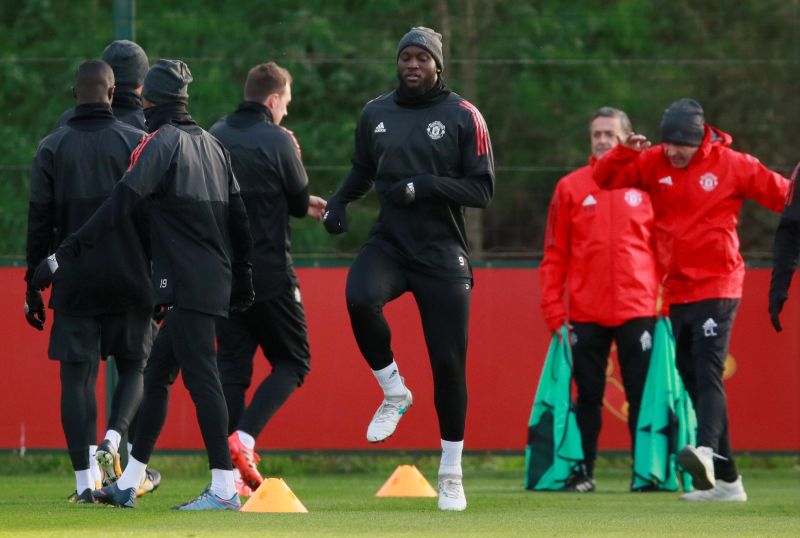 ROMELU LUKAKU has been given the nickname ‘Rocky’ by his Manchester United team-mates because of his incredible training ethic.

The Belgian striker is battling to be fit for the rest of the season at present after picking up an ankle injury.

The 24-year-old was forced off late on in the last-gasp 2-1 win over Arsenal last Sunday afternoon.

But his Red Devils pals are cheering him up having handed the ex-Chelsea ace the affectionate name after bulking up in training.

An Old Trafford source said: “He has been absolutely smashing training and wants to be peak for the World Cup and Belgium.

“He’s one of the first in for the warm-up on the bikes and is then hitting the gym for an hour after normal training has finished.

“They say he is more ripped than normal at present and knows he isn’t going to have a full pre-season this summer.

“He is trying to kill two birds with one stone. Jose is obviously loving it, as it is setting a firm message out to the others.

“He is is full on ‘Rocky’ training mode and seems to be preparing more for 12 rounds of boxing than a game of football.”