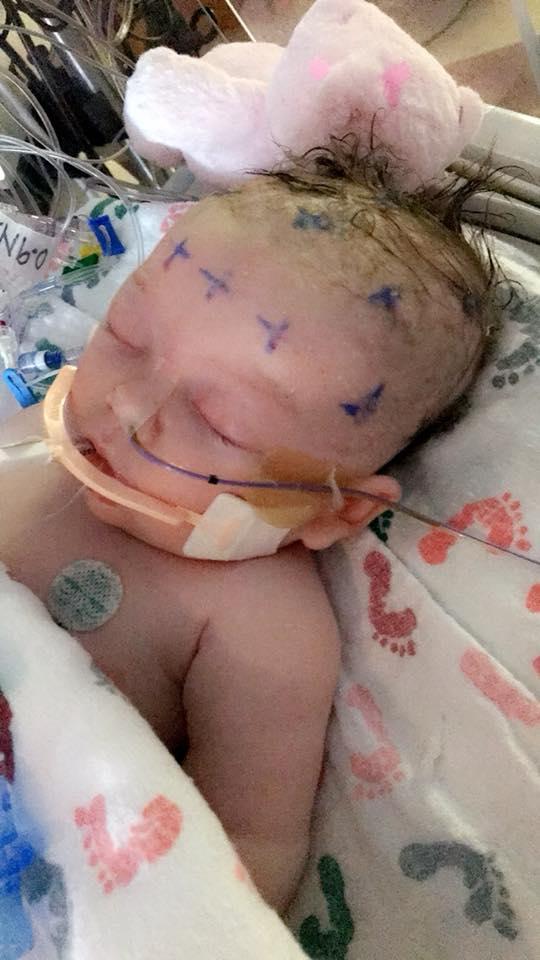 A BABY is fighting for her life after a softball smashed into her head while her mum was feeding her.

McKenna Hovenga was left with a fractured skull following the accident at a ballfield in Iowa on Wednesday.

She was rushed to St Mary’s Hospital by air ambulance and is said to be in a “stable but critical” condition.

Commenting on a YouCaring.com page, family member Laura Heise said: “Currently McKenna is still heavily sedated and is still on the vent.

“We’ve had a few issues here and there that have popped up, so the doctors are continually tweaking her meds.

On a public Facebook page, Healing for McKenna, Heise  stressed that the family blames no one for what happened to the infant.

She said:  “Accidents happen and this is just one horrible happenstance.”

McKenna was at the ballfield in Shell Rock with her parents Lee and Kassy Hovenga. Lee and his team were playing that night.

Heise wrote: “Another pair of teams were playing and Lee was helping Kassy get situated with a blanket over her, so Kassy could breastfeed.

“Lee had his back to the field and never saw the ball coming. The ball came over the fence — and either hit McKenna first or hit Kassy first.