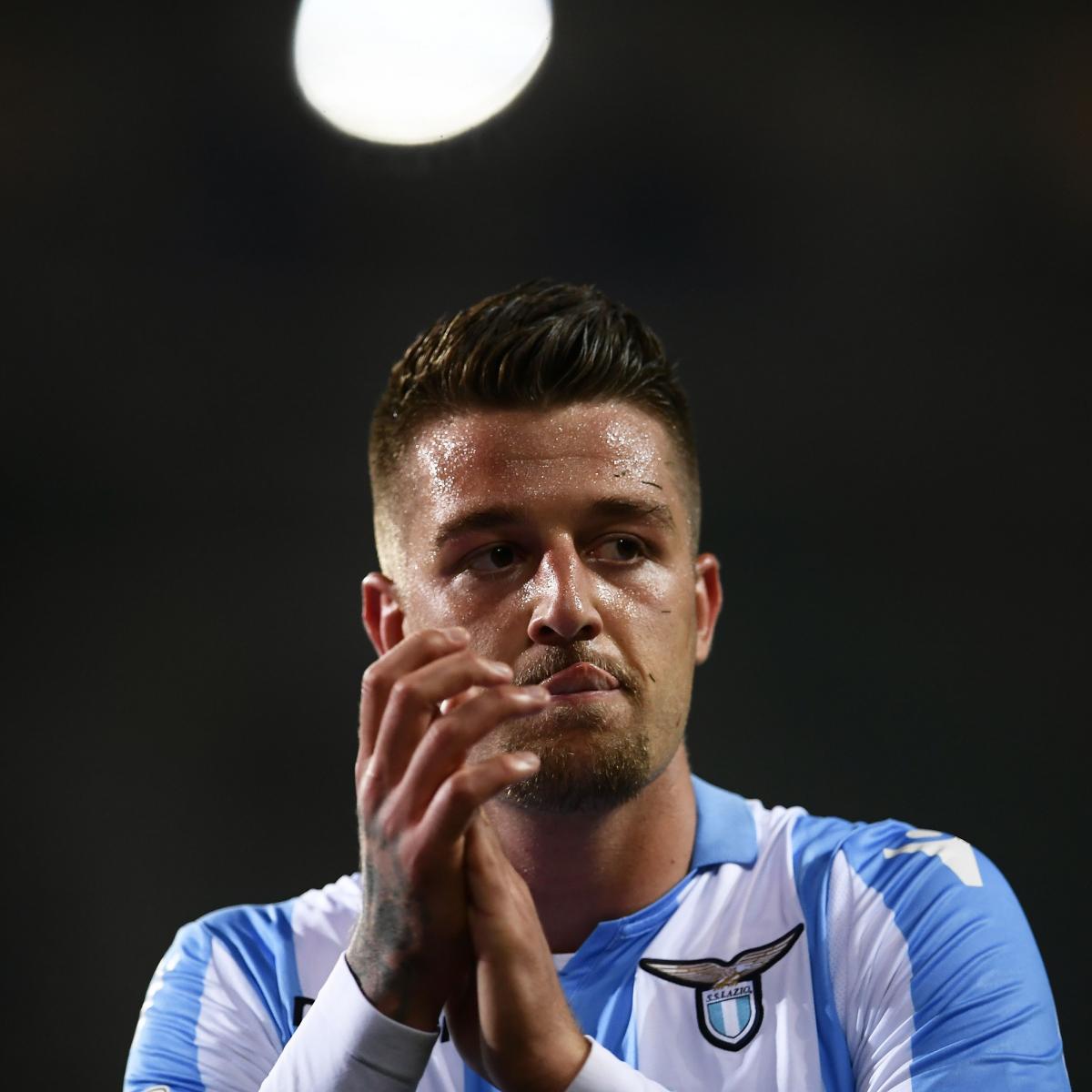 Manchester United have reportedly moved to the head of the queue to sign Lazio‘s Sergej Milinkovic-Savic after Barcelona cooled their interest due to his €80 million (£70 million) price tag.

According to Mundo Deportivo (via MailOnline’s Robert Cottingham), Red Devils manager Jose Mourinho is eager to add two more midfielders to his squad over the summer, and United sent scouts to cast their eye over Milinkovic-Savic last month.

The Serbian has a number of other suitors including Real Madrid, Paris Saint-Germain, Chelsea and Tottenham Hotspur, but United are now said to be leading the race as Barca have balked at Lazio’s hefty asking price.

Milinkovic-Savic, 23, has been a key part of the Lazio first team for the last three seasons and is enjoying a successful 2017-18 campaign.

In Serie A this term he has netted 11 goals and provided three assists in 32 appearances from his central midfield role.

He is able to operate as a No. 10, particularly in a 4-2-3-1 formation, but his preferred position is in the middle of the park, perhaps in a 4-3-3 system, where he can contribute both in defence and attack.

Along with his fantastic technique, passing range, ball control and maturity, he is also a physically imposing player and threatening in the air, per WhoScored.com:

Sergej Milinkovic-Savic: Has won more aerial duels (158) than any other Serie A player since the start of the 2016/17 season https://t.co/zXxvmd6glt

United are one of few clubs who boast the financial clout to meet Lazio’s asking price, and Milinkovic-Savic has previously labelled Mourinho as “the best manager in the world,” per Sky Sport Italia (via Football Italia).

United are not short on options in midfield. But Scott McTominay and Nemanja Matic are more defensive minded in the middle of the park, Michael Carrick will be retiring at the end of the season and Marouane Fellainicould depart Old Trafford as his contract expires in the summer.

The prospect of Milinkovic-Savic playing alongside Paul Pogba in United’s midfield is an exciting one for Red Devils fans, and it could yet become a reality if Barca have pulled out of the running for the Serbia international.