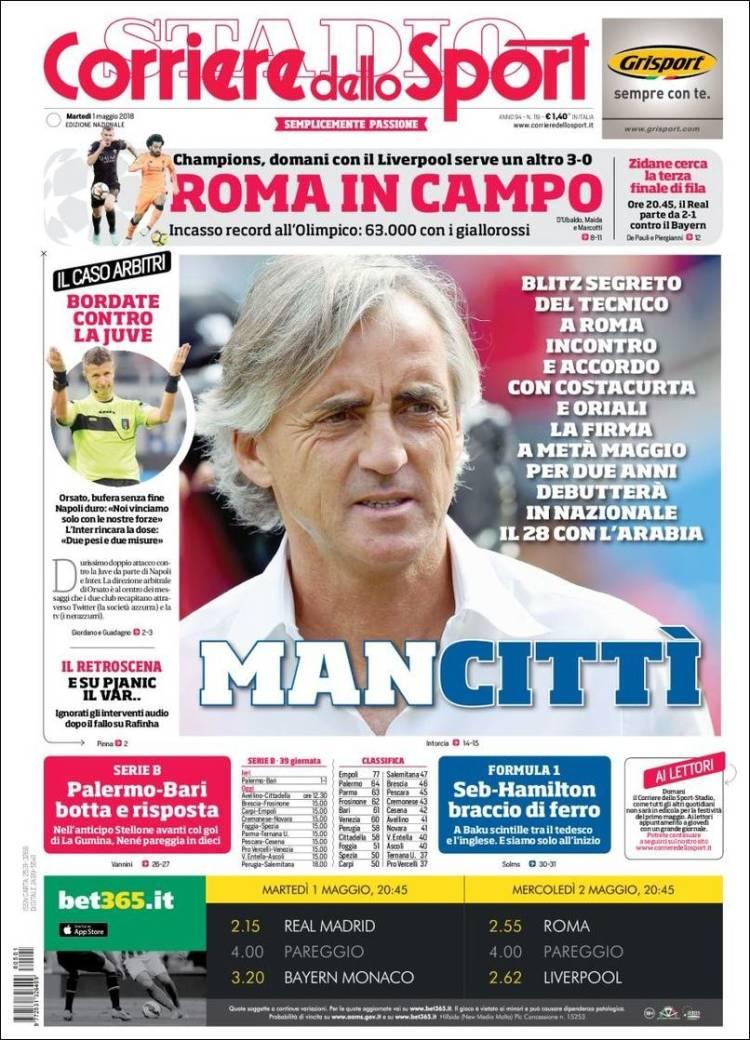 ROBERTO MANCINI has agreed a two-year deal to become the next Italy manager, according to reports.

Mancini, 53, will reportedly begin his new job before the friendly against Saudi Arabia on May 28.

Carlo Ancelotti is said to have turned down the national job so he can be considered for a top job in Europe.

Mancini last night told RAI state radio: “There has not been contact with the [Italian football] federation but, for a coach, the Italian national team would be a source of honour and prestige.”

Giampiero Ventura was sacked as Italy manager in November after failing to qualify for the World Cup.

Mancini will be tasked with rebuilding the team and qualifying for Euro 2020.

The Italian FA has said an official announcement will be made on May 20.