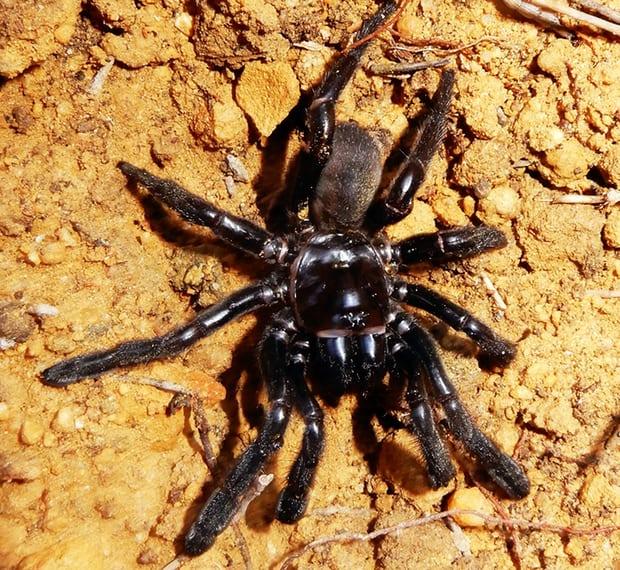 THE WORLD’S oldest known spider has died at the age of 43 after being stung by a wasp.
Social media tributes are pouring in for the trapdoor matriarch, named number 16, who passed away in her native home of western Australia.

The research project into the behaviour and population dynamics of trapdoor spiders was kicked by renowned biologist Barbara York Main in 1974.
And Number 16 was discovered by Professor Main, now aged 88, that same year.
The researcher’s findings are credited with showing that the male trapdoor spider leaves his burrow at maturity, around seven to nine years old, to wander in search of a mate, after which he dies.
Meanwhile females like Number 16 stays put, raising hatchlings inside the protection of the burrow, which they temporarily seal up with a mud plug.
The matriarchs live on in this same burrow for the duration of their lives.
Most read in tech

PRIME CRIME
Amazon Prime 20% price increase ‘likely’ for Brits… but how much will it be?

“To our knowledge this is the oldest spider ever recorded,” said Leanda D. Mason, who forms part of the research team that continued Professor Main’s work.
“Through Barbara’s detailed research, we were able to determine that the extensive life span of the trapdoor spider is due to their life-history traits, including how they live in uncleared, native bushland, their sedentary nature and low metabolisms.”