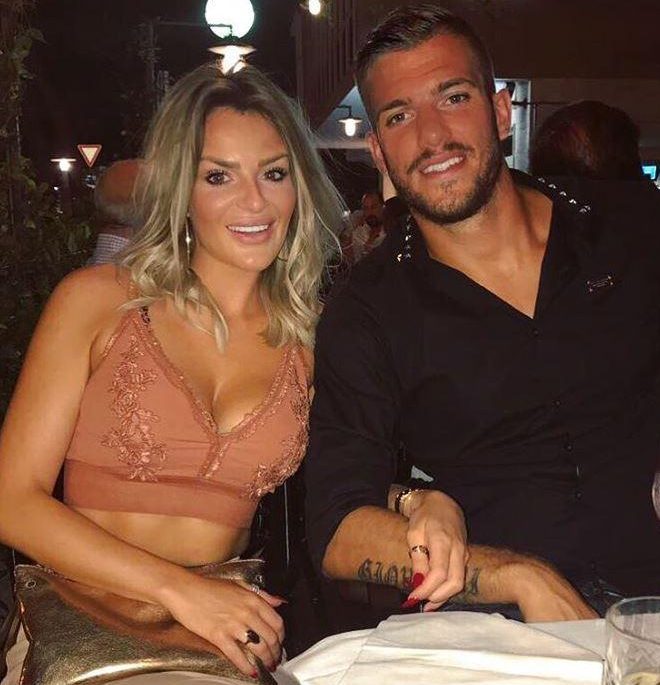 INSTAGRAM
Santon, aged 27, came off the bench for the last few minutes of Inter’s 3-2 home defeat to Juventus on Saturday.
A fiery affair saw Inter’s Matias Vecino shown a straight red card for a studs up challenge.
Then with Inter 2-1 ahead against the potential Serie A champions, Milan Skriniar scored an 87th minute own before Gonzalo Higuain pounced in the 89th to give Juve the win.
Home fans blamed Santon for both goals.

Santon was blamed for allowing Juventus back into the game on Saturday
AP:Associated Press
He and Chloe saw their social media accounts bombarded by aggressive, even violent messages from Inter fans.
They apparently included death threats and wishes for them to get cancer.

Chloe wrote on Instagram: “Football is a sport of passion. I understand and appreciate that.
How to win £1MILLION with Sun Six

SUN SIX is the new predictor game where you can win £1million – just by correctly picking the results of six games.
Here is how to get your mitts on the million:
Make your picks – predict the scores from these six games
Enter your details – quickly sign up to Sun Bets so we can contact you
Score £1m – Watch the scores roll in and you can win £1m
Top pundits IAN WRIGHT and DANNY HIGGINBOTHAM have made their picks for this week if you need a steer.
And remember, you can claim a free £30 bet with Sun Bets when you sign up put a tenner on this weekend’s football here.
“But for the first time in my life I am scared in my own home alone with my baby…
“When I’m told to lock my doors and I have to worry how my partner will get home tonight.
MOST READ IN FOOTBALL

LINDE-OFF?
Man United could send Victor Lindelof out on loan with Umtiti and Evans eyed

“It’s not okay. No one is more devastated about the result than Davide.”
Italian Santon played for Newcastle between 2011-15 and made 88 starts.
He was initially loaned back to former club Inter before the Italians grabbed him on a free transfer in 2015.