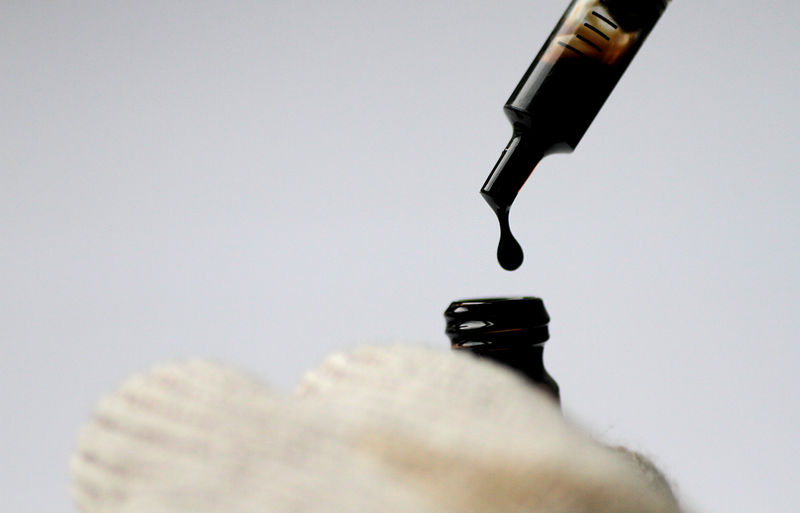 © Reuters. FILE PHOTO: Illustration photo of crude oil being dispensed into a bottle

SINGAPORE (Reuters) – Oil prices dipped on Monday as a rising U.S. rig count implied further increases in output, marking one of the few factors tamping back crude in an otherwise bullish environment.

“We expect for oil prices to recede slightly today as market anticipates on the prospect of rising production in the U.S.,” Singapore-based Phillip Futures said on Monday.

The rising rig numbers point to further increases in U.S. crude production, which is already up by a quarter since mid-2016 to a record 10.54 million barrels per day (bpd).

Prices are also being supported by supply cuts led by the Organization of the Petroleum Exporting Countries (OPEC) that were introduced in 2017 to prop up the market.

The United States has until May 12 to decide whether it will leave the Iran nuclear deal and instead impose new sanctions against Tehran, including potentially on its oil exports, which would further tighten global supplies.

The U.S. trade action against Russia and, potentially, against Iran has resulted in a slump in Russia’s ruble and Iran’s rial.

This means costs for any imported goods become more expensive for its citizens or companies, but it has also pushed up the value of Russia’s and Iran’s oil sales as all of their production costs are in the local currencies, while foreign sales are largely made in the U.S. dollar.

Trump on Friday accused OPEC of “artificially” boosting oil prices, threatening on Twitter that this “will not be accepted”, drawing rebukes from several of the world’s top oil exporters within OPEC.