In a briefing on Saturday morning, the Pentagon provided the following breakdown of the military weapons used to strike Syrian targets overnight.

From the Red Sea:

From the North Arabian Gulf:

From the eastern Mediterranean:

French flew a combination of Rafales and Mirages – 9 SCALP missiles 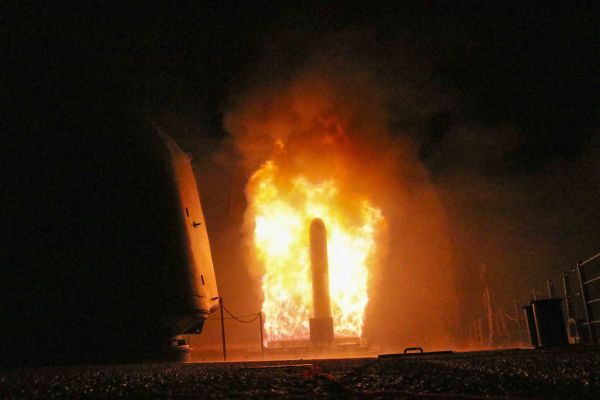 A US Defense Department photo of the missile strikes against Syria conducted on April 14. The guided missile cruiser USS Monterey fired a Tomahawk missile in the U.S. 5th Fleet area of operations.

Lt. Gen. Kenneth McKenzie, the director of the Joint Staff, said that the strikes on Syria overnight by US and allies were “a powerful show of allied unity.”

“We deployed 105 weapons against three targets that will significantly impact the Syrian regimes ability to develop, deploy and use chemical weapons in the future. It’s been said before but I want to emphasize again that by compassion, this strike was double the size of the last strike in April 2017.” 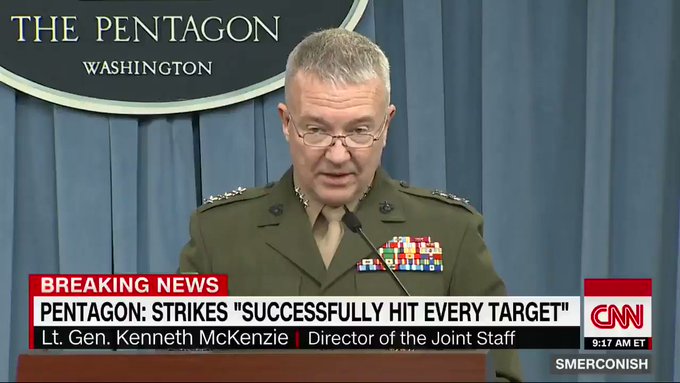 Pentagon says that by comparison, this strike in Syria was “double the size” of the last strike in April, 2017 https://cnn.it/2HAL1rA

Lt. Gen. Kenneth McKenzie, the director of the Joint Staff, said that the coordinated strikes which struck targets in Syria overnight will set the country’s chemical weapons capability back “for years.”

He added that “none of our aircraft or missiles in this operation were successfully engaged” by Syrian regime. 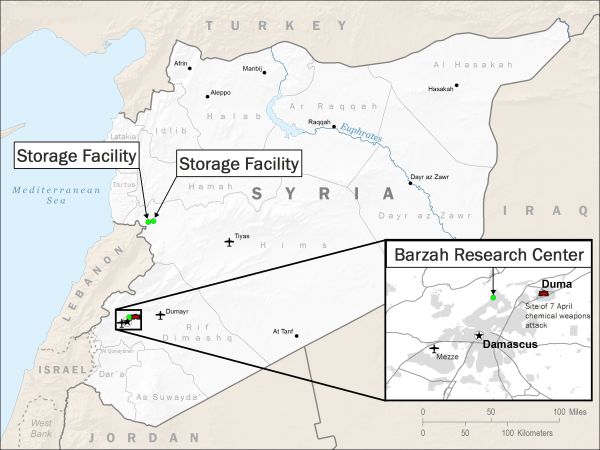 Map of US-led airstrikes in Syria provided by the US Department of Defense.
CNN