What the power sector regulator downplayed, however, is there is also going to be an increase in the bills to be paid by electricity consumers in the country who get new meters under the latest regulation.

He said MAPs will be independent providers who will be approved by NERC but contracted by the DisCos “to bridge the metering gap”.

They are to be saddled with the responsibility of providing meters and replacing faulty devices within 48 hours.

An analysis of the Meter Asset Provider Regulations 2018 (Regulation No Nerc-R-112) by TheCable shows that those who benefit under the new system will pay a monthly service charge.

Under chapter iv, section 10 (“Rights of Distribution Licensees”), subsection 5, the regulation states: “The Distribution Licensees shall include a metering service charge as a clear item on the billing of its customers provided with meters under an MSA with MAPs and shall be separate from the energy charge. The metering service charge shall be based on the outcome of the procurement process for the MAP and subject to the approval of the Commission.”

TheCable noted that this provision was not contained in the draft posted on the NERC website.

However, the finalised document, approved by the ministry of power and made public by NERC, is now on the regulator’s website and contains the addition. 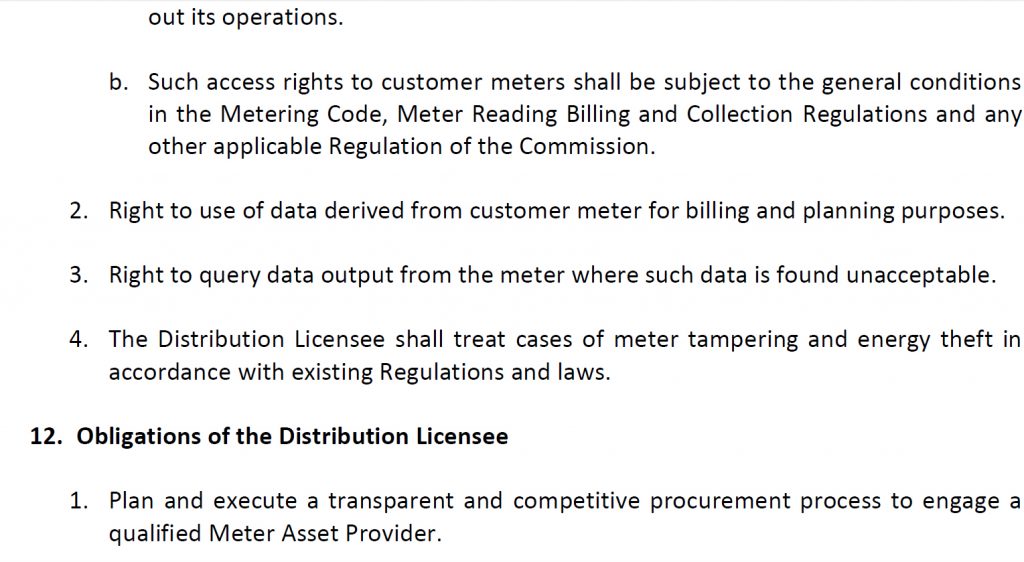 In 2015, NERC had outlawed “fixed charge” from tariffs, abolishing the monthly average of N750 added to customers’ bills whether or not they use electricity.

But the abolition of the fixed charge then was accompanied by a slight increase in tariff.

NERC’s latest regulation came into effect on March 8, 2018 and will be enforced by the commission from April 3, 2018.

The objective, according to NERC, is to provide standard rules to “encourage the development of independent and competitive meter services, eliminate estimated billing practices, attract private investment to the provision of metering services in NESI, close the metering gap through accelerated meter roll out and enhance revenue assurance in NESI”.